Why visit Alicante at Easter? Too many to discover... 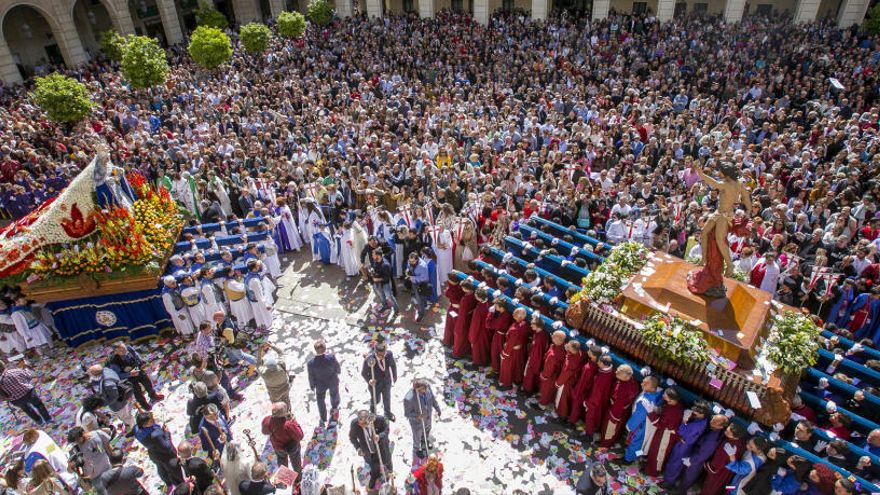 What to do every day , what to eat, customs and traditions... 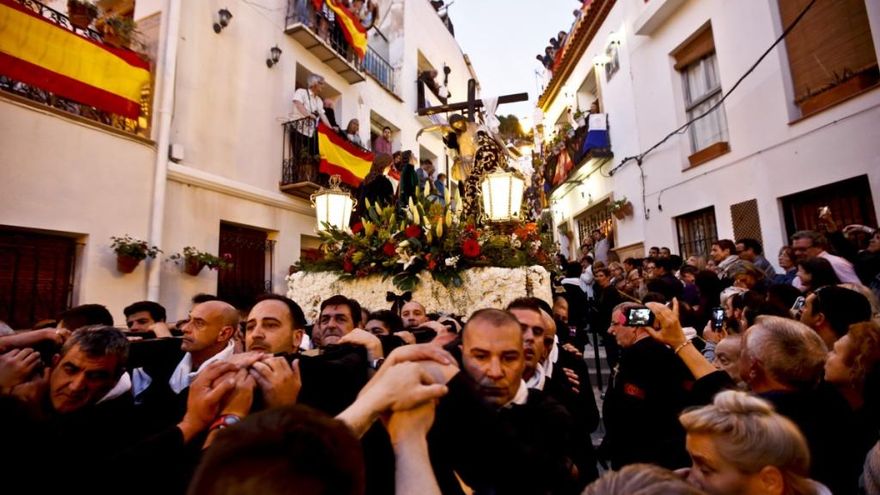 Every Holy Wednesday the Brotherhood of the Holy Cross carries out a procession in the most colorful and typical neighborhood of Alicante.

The Santa Cruz neighborhood is easily accessed from the old town through the steep stairs and enjoying the corners with identity.

This procession particularly departs from the Hermitage at sunset. The bearers descend with great care divided into four steps. Some of them return uphill to the Hermitage, with even more effort, at dawn.

After sunset on Palm Sunday, the women of the town go through Tabarca to and from the Plaza Mayor. This is repeated for the next three days, accompanying the procession with the song called “Romance de la Pasión”.

Another curiosity of the festival in the only populated island of the Valencian Community occurs on Holy Thursday, during the procession of the Nazareno and La Dolorosa, in which men and women carry a different sanctity on the rise and walk in the opposite direction, until they meet in the main square.

On Good Friday, the Mater Desolata brotherhood organizes a "pa torrat" lunch in the Carolinas neighborhood, the site from which the procession departs.

This is a traditional dish from Crevillente in the 19th century, when the brotherhoods provided a mid-morning meal to comfort the physical effort of long hours of procession. It includes toasted bread, baked garlic, cod, aioli, beans and is usually accompanied by wine. 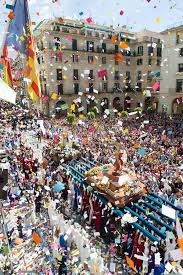 Easter Sunday is the most important day and is celebrated throughout Alicante with joyful processions, some of them are:

The Town Hall Square is decorated for the occasion and from the balconies, people who enjoy the processions, throw colored pieces of paper. The mantilla ladies accompany the long walks with candles and flowers of different colors. 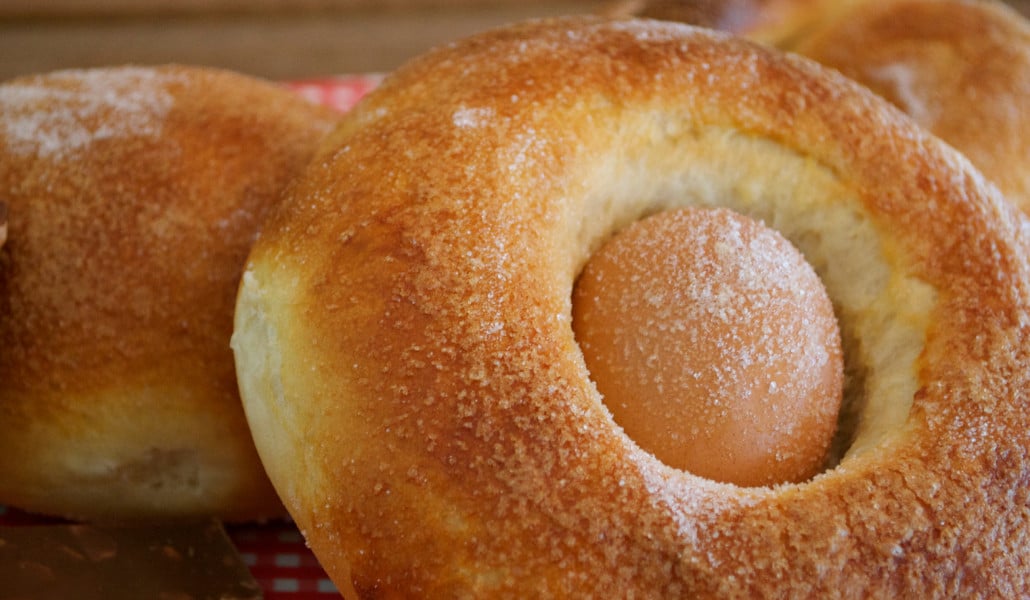 The “mona de pascua” is the traditional Alicante sweet that is eaten on Easter Sunday. Elongated or round, they all have a hard-boiled egg in their center. The grace is to stamp the egg on the forehead of a family member or friend, while he is distracted.

Over time, it has undergone modifications and the hard-boiled egg has been replaced in some cases by a chocolate egg. But the typical flavor of its brioche-type dough is still preserved, very fluffy, with touches of citrus and anise.

The origin of the “mona” goes back to being a gift from the godparents to their godchildren, once the Mass on Easter Sunday is over. Today it is a present from the oldest to the smallest of each family, who generally enjoy it outdoors, in parks and fields. 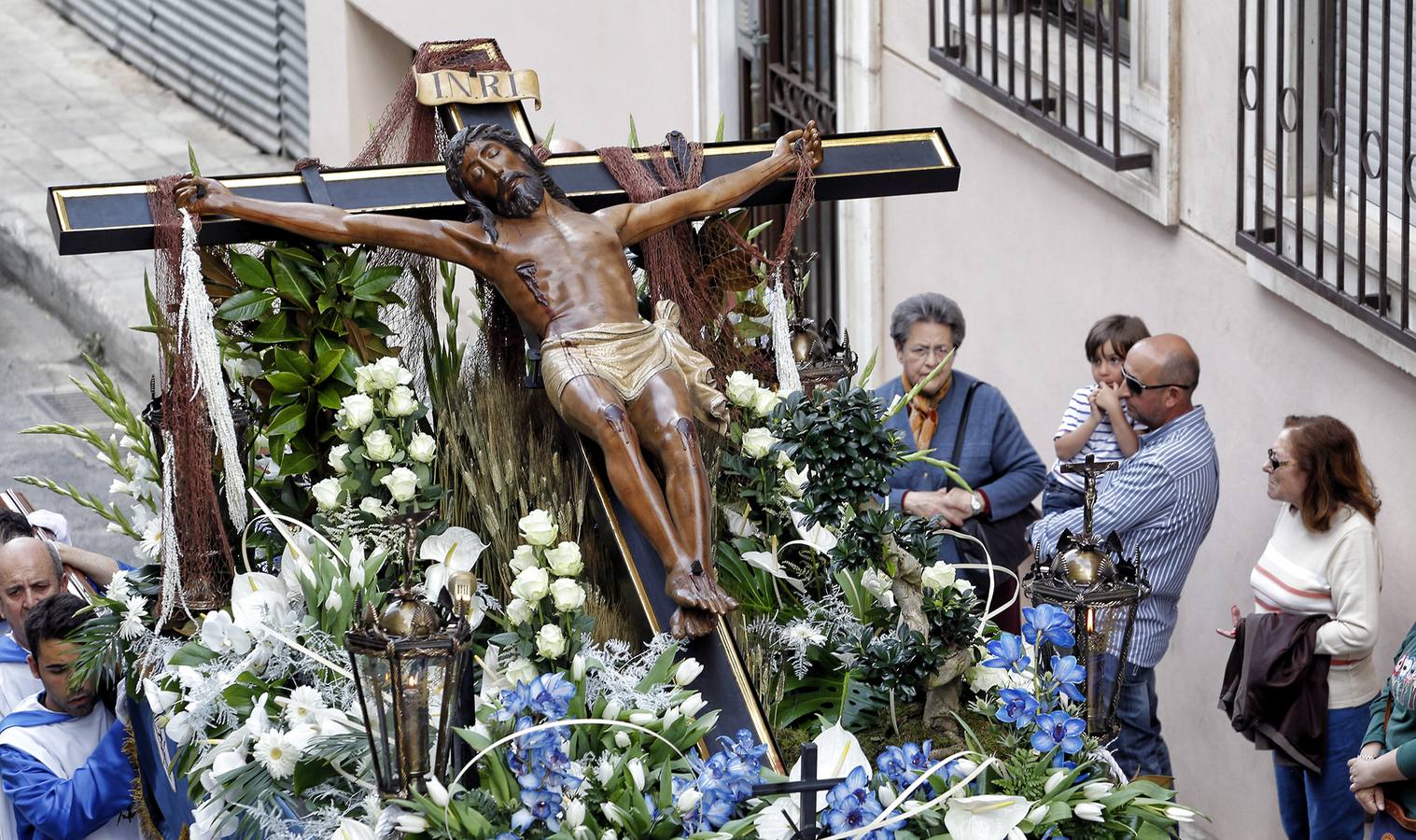 The “Cofradía del Cristo El Morenet” is known for the way of the cross that it performs at sea. Since the 15th century, the Christ has been carried by boat through the bay of Alicante at sunset.

The same brotherhood leaves in procession on Holy Monday from the “Virgen del Socorro” neighborhood and they dress in blue and white, the colors of Alicante. 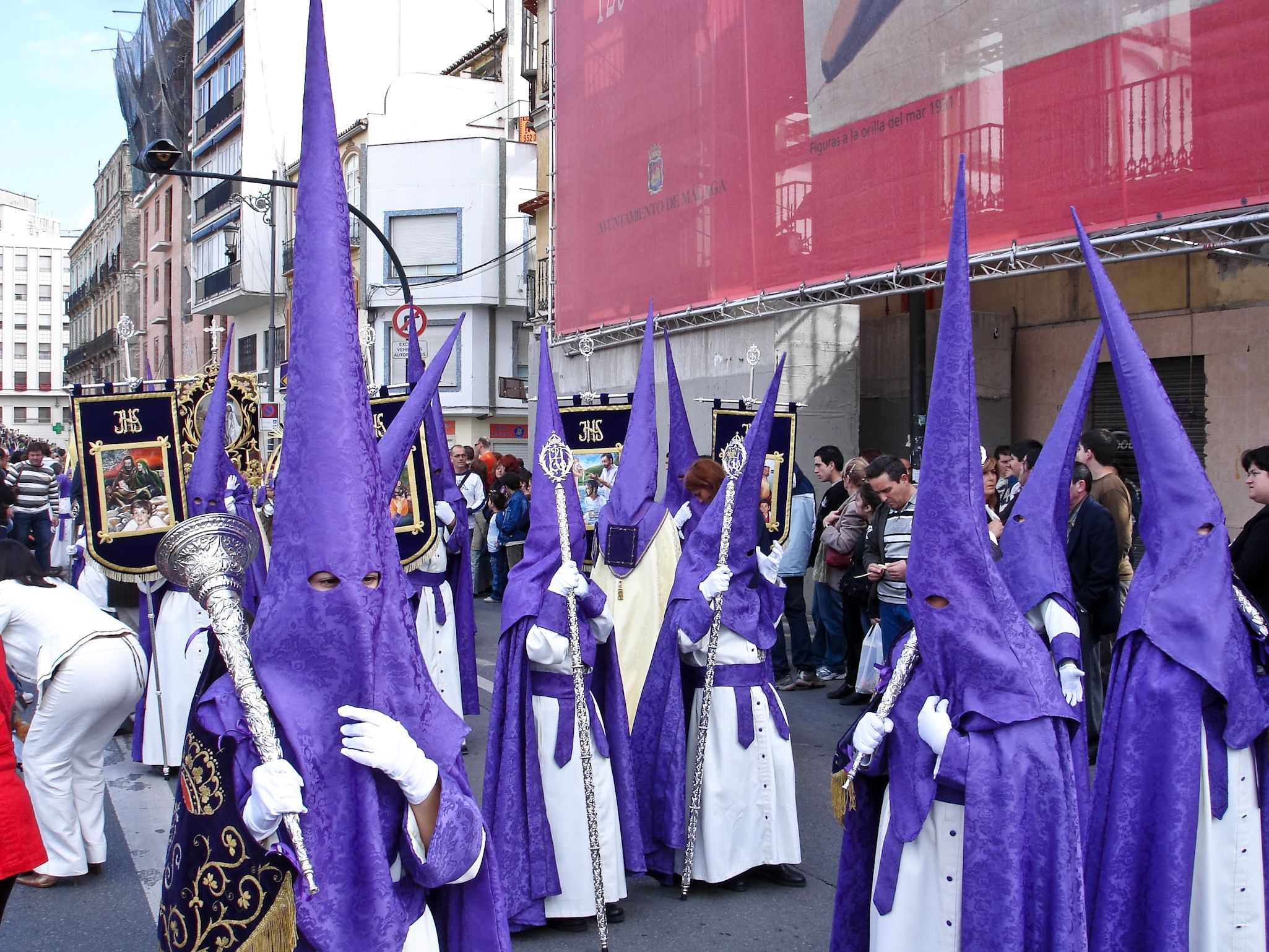 In Alicante in particular, but also in Spain in general, the brothers wear capirotes at Easter.

This kind of conical hat covers the head entirely, leaving only the eyes visible.

Its origin dates from the 15th century, when religious crimes and their penance should have been symbolized, while keeping anonymity.

200 years passed until it began to be used in Seville, since its penance function coincided with what was necessary for processions. And from Seville it expanded to the rest of Spain, where today each brotherhood gives its touch by choosing the color that represents it.